5k "Friends of welfare": a race they all won 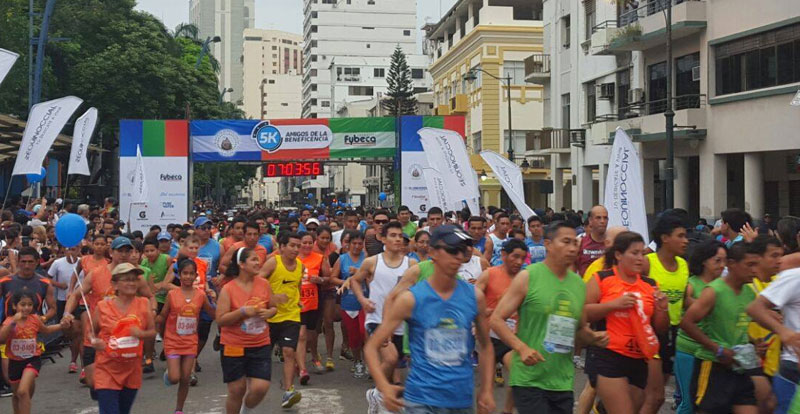 Men, women, little boys and girls, groups of friends and relatives gathered very early in the Malecon, at the level of the CinemaMalecon (IMAX) from where, a multitude of people, wearing blue, orange and green vestments according to the cause supported, began to race.

Christian Vascones decided to run for health motives. "A country with healthy citizens is a prosperous country", said the new athlete who arrived from his native Cuenca to show solidarity to those who need it the most.

Fifty-six year old Roberto Proaño was another competitor who came from Cayambe to support La Junta de Beneficencia with those activities displayed. "The importance of this race is the support extended to the sick, the children, and the elderly. We are all Ecuadorians and must find a way to collaborate", he pointed out.

The race was organized by the Fybeca group and La Junta de Beneficencia as well as sponsored by private enterprise.