DONATIONS SAVE LIVES AND IMPROVE THE QUALITY OF LIFE 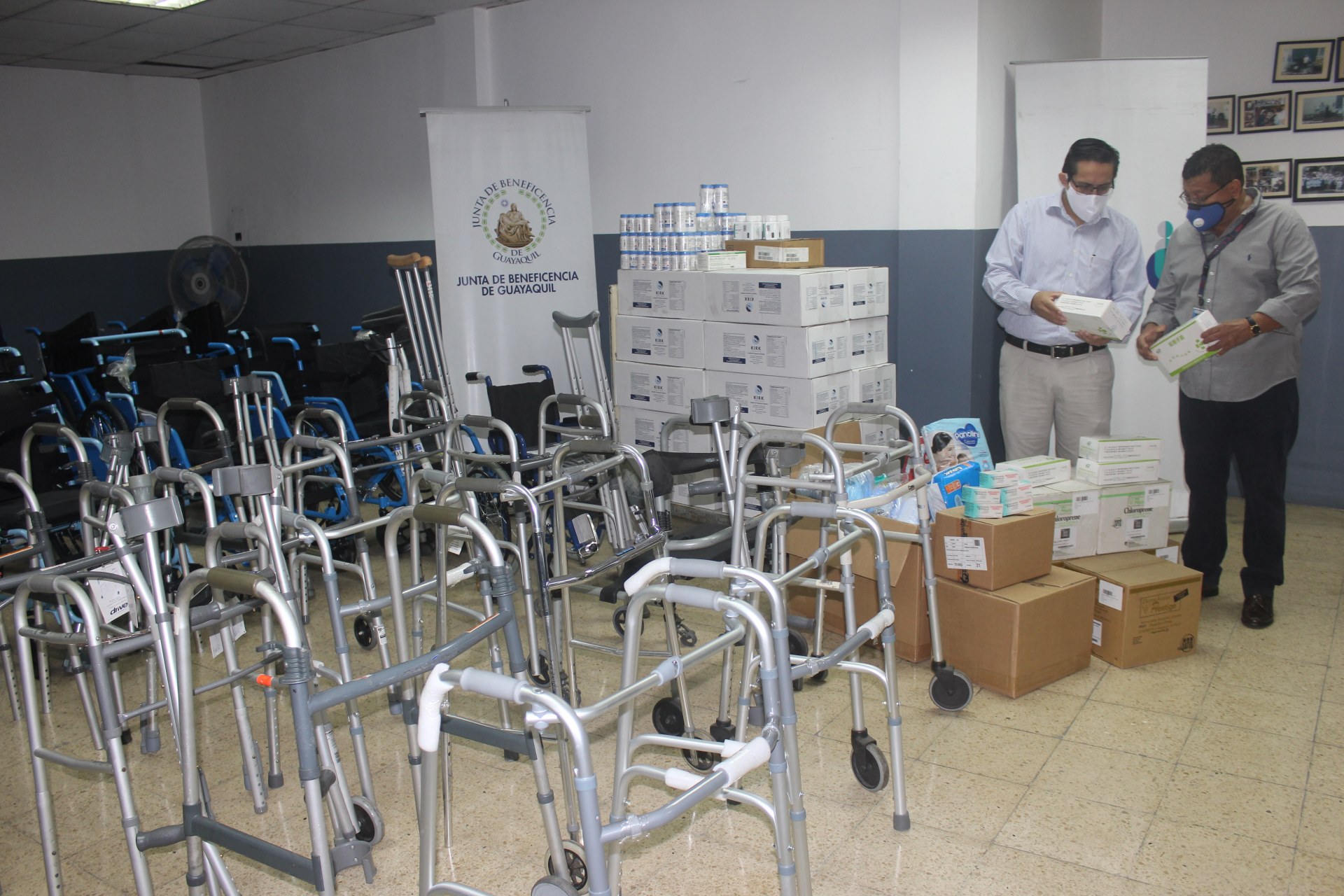 "Save Lives", is a citizen initiative that seeks to raise funds to help the public and private health system, through its representatives, Eduardo Herdocia Pazos and Guido Chiriboga, who donated 60.000 infusion sets to Junta de Beneficencia de Guayaquil.

Héctor Ullauri, on behalf of Junta de Beneficencia de Guayaquil, thanked the important donation and said that it will allow to continue serving several citizens who attend the hospitals, not only in the Province of Guayas but also throughout the country.

On the other hand, the trust of the local and international cooperation of organizations such as Fybecca, Free Wheelchair Mission, Church of Jesus Christ of Latter-day Saints, Partners for World Health Foundation, allowed us to deliver to the Civic Board of Machalilla-Manabí a batch of drugs, and various technical aids.

In addition to the batch of medicines, the donation given by Junta de Beneficencia de Guayaquil included 17 wheelchairs, 11 canes, 14 walkers, 04 pairs of crutches, 15 diaper covers for children, 2,600 examination gloves, and 500 disposable masks.

Marcos Ciurliza, Executive President of the Civic Board, received the donation and indicated that it will be distributed to the neediest people in this rural parish of Puerto López, Province of Manabí. He also indicated that the aid of Junta de Beneficencia de Guayaquil towards this sector of the country has been carried out for more than 15 years.