With the visit of Juan and Juanita Pueblo, the Julian festivities close 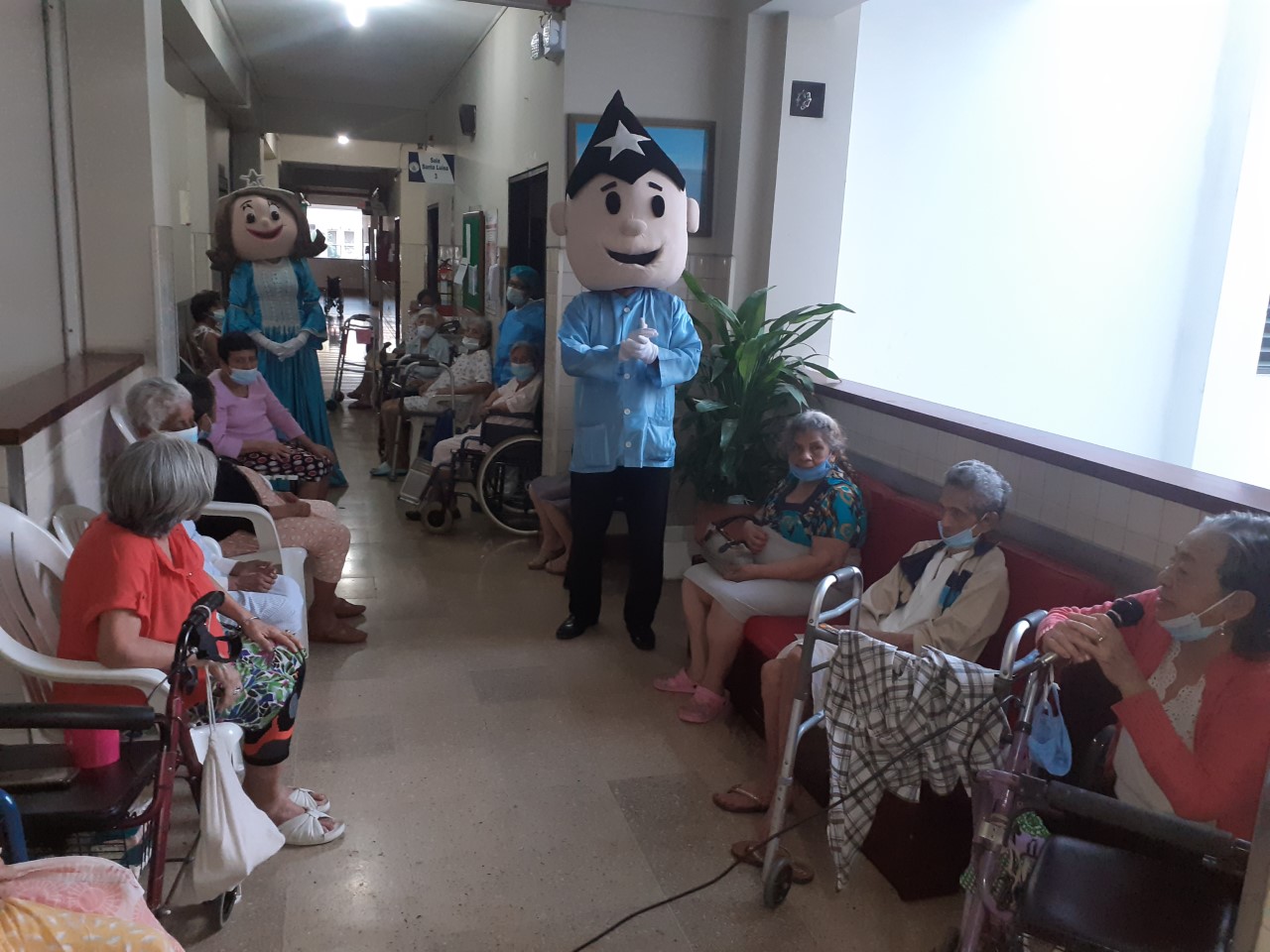 Guayaquil festivities are a source of joy expressed in the civic spirit of the residents of Hogar Corazón de Jesús who celebrated their beloved city with various activities.

In the film performances that “Garzacine” presents on weekends in the Jardin de Las Garzas del Hogar, a musical tribute to Guayaquil was screened. Residents enjoyed beautiful images, poetry and songs while tasting a delicious hot chocolate and pop corn.

On the other hand, in the San Vicente Hall the flags of Guayaquil waved, thus framing the celebration organized for residents where fun and games such as bagging races among other games of yesteryear made residents happy.

At the end of the Guayaquil’s July celebrations, most welcomed with joy was the visit that Juan and Juanita Pueblo did and thus closing the festivities of the month of July

With cheers and applause, they were received as they toured the different rooms and gardens of the Home. Ms. Enoé Pérez addressed the emblematic characters from her balcony, mentioning how cute they look with their light blue costumes.

On their tour in the Home they made more than one dance, where Víctor Peña received ovations from his fellow residents for his grace in keeping the rhythm of the dance with Juanita Pueblo while Pepa Zambrano recited some verses in honor of the visitors.

The visit ended in the Las Garzas Garden where Guayaquileños de Corazón danced, a melody that inspired resident Carlota Piedrahita to highlight the Guayaquil city, the cradle that welcomes locals and foreigners; it concluded with the sympathetic note to the event telling Juan Pueblo that it was time for him to have a partner, thus generating smiles, applauses and the unison choreography of ¡Viva Guayaquil! among the attendees.