The birth of quintuplets at Alfredo Paulson Hospital 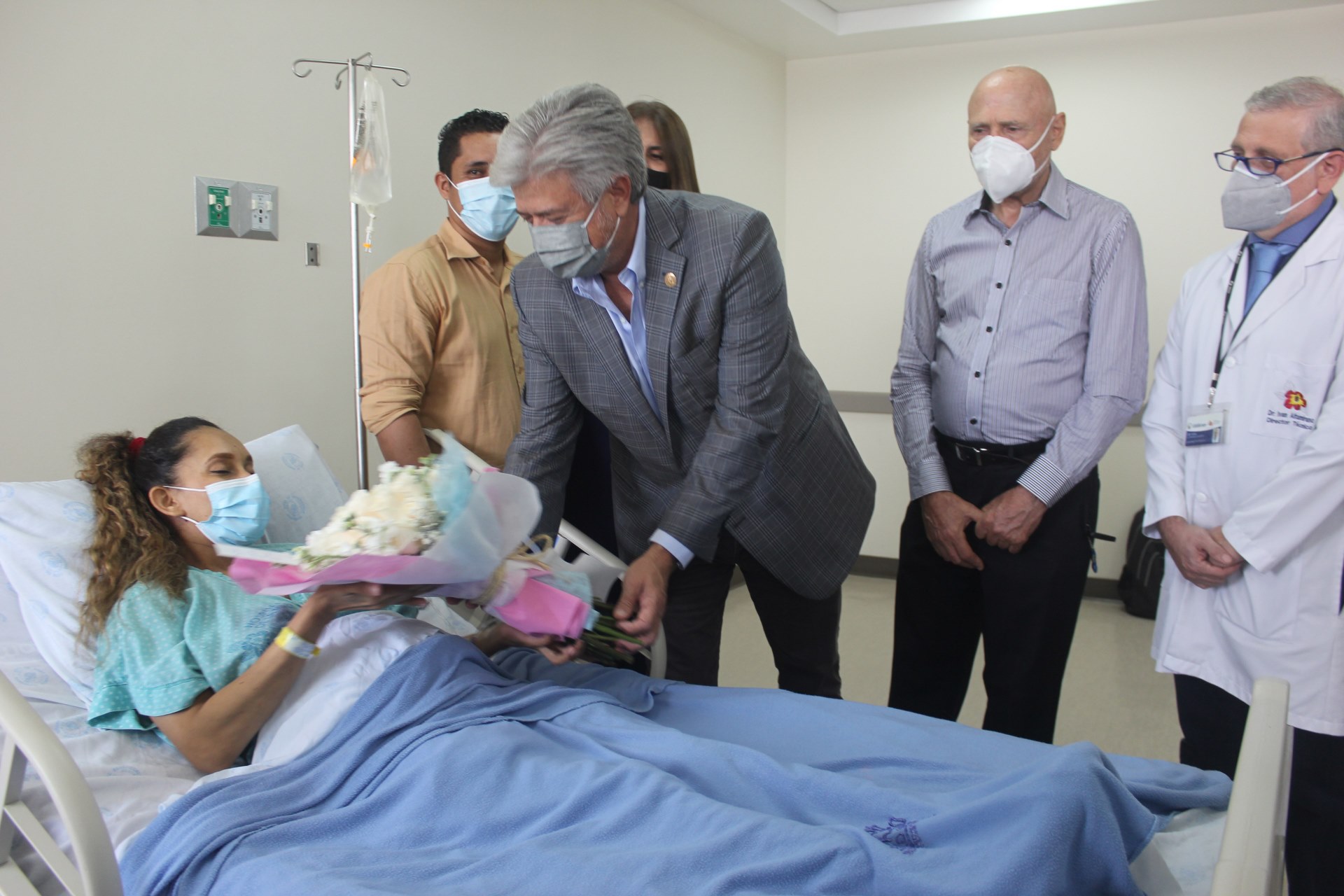 The birth of Mateo Ezequiel, Víctor Javier, Maylett Isabela, Marilyn Scarlett and Thiago Eduardo on June 9 at the Alfredo Paulson Hospital, was a source of joy not only for their parents, Marcy and Victor, but also for the hospital’s personnel and all their health personnel who were prepared days in advance for their coming.

The news announced on social networks generated great expectation and interest from the media, who were attentive to the details that were given at a press conference with the presence of the director of the JBG and the main managers of the hospital.

The children were born at 32 weeks by cesarean section. A multidisciplinary team led by doctors, Iván Altamirano, Herbert Ugarte and Cecilia Massache, along with approximately 40 professionals, including 6 obstetrician gynecologists, 15 neonatologists, 2 anesthesiologists, 5 respiratory therapists and 10 nurses helped.

This unusual event captured the media attention, including two international media that replicated the news. The mother is recovering satisfactorily and the children, due to their prematurity, are in the intensive care unit of the Roberto Gilbert children's hospital, in stable conditions.

Solidarity and institutional social assistance were reflected in the words of our director, Juan Xavier Cordovez, who announced that the quintuplets will enjoy free care for growth control for 5 years and a scholarship that will cover their primary and secondary education in the educational Unity of Junta de Beneficencia de Guayaquil. Additionally, they were given a thousand units of diapers, bottles, nebulizers and other baby items

A private company was also present with the donation of diapers, hygiene products, milk for premature babies and strollers as their parents are of limited economic resources and need everyone's solidarity.