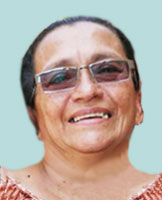 A year and a half ago, Maria Valentina, Maria Isabella and Maria Emilia became orphans. These tender triplets are now encharged to their grandmother. Gina Raffo who due to an unfortunate incident, could not afford schooling expenses. Thanks to the Guayaquil Junta de Beneficencia these three little angels now enjoy full academic scholarships at the Jose Domingo de Santistevan Educational Unit.

After the tragic events which turned the triplets into orphans, Gina became father and mother to the girls. Thanks to her father ex-soccer player Carlos Raffo she received a pension with which she handled the girls' expenses.

On her father's deceasement, Gina's financial situation worsened and it was then she looked for assistance and found it. Nancy Gutierrez, Jose Domingo de Santistevan Educational Unit Rector took notice of this case and relayed it to the Junta de Beneficencia authorities who extended three full scholarships to the girls who are, furthermore, very good students.

"When all seemed lost the Guayaquil Junta de Beneficencia and its marvelous social work appeared on the scene. I requested their help and they immediately stretched their hand out to me. This wonderful Santistevan school has given all three girls full scholarships and so their schooling is assured. I am delighted, very proud of them and convinced they will now forge ahead and complete grammar school and secondary school education," comments Gina.

A delighted Gina claims her granddaughters will receive "school materials and uniforms free of charge until they finish sixth grade, which is outstanding and for which the girls and I, thanks the Junta de Beneficencia wholeheartedly," she claimed. 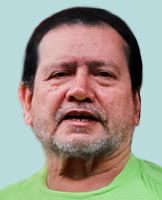