“Thanks to the Guayaquil Junta de Beneficencia, my vision has improved and i can take care of myself” 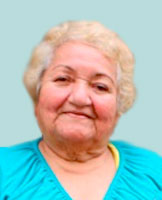 Alicia Torres is a seventy-two year old lady stricken with cataract, a condition which blurred her vision and curtailed her daily activities. Thanks to the Guayaquil Junta de Beneficencia´s opportune intervention she underwent an operation, free of charge at the Luis Vernaza Hospital where they restored the vision in her right eye. At present she is still receiving proper medical attention in preparation for additional surgery on her left eye.

Alcira, who lives alone, suffers from poliomielitis from age five, making it difficult for her to move around. Furthermore her legs and arms retain liquid and in time, her eyes became cloudy due to cataract.

"Before I could see well and I used to work, however this disease continued to progress, I could no longer fend for myself and would sometimes burn myself when cooking or stumble due to blurred vision. I quit going to work out of fear of getting run over by oncoming cars as I was, sometimes, unable to see" she recounted.

By chance while Alcira was selling her snacks, a journalist from the Expreso newspaper expressed interest in running a story about her and, the Guayaquil Junta de Beneficencia became aware of her situation.

Alcira was immediately transferred to the Luis Vernaza Hospital and, after eyesight examination and blood tests, doctors pointed out the need for surgery in order to improve her quality of life. She was subsequently operated on her right eye.

At present Alcira´s vision has improved, is feeling increasingly active, goes to work and fends for herself.

"Everyone at the Luis Vernaza Hospital has behaved wonderfully and they continue being helpful. They always give me my medicine to take home, everything free of charge. I haven´t payed for anything and have been well attended to, including an ambulance which has been provided to continue the treatment since they are going to operate on my left eye. I thank God, the doctors, am very grateful to the Guayaquil Junta de Beneficencia and to the Luis Vernaza Hospital for all their concern and may God bless them all", she concluded. 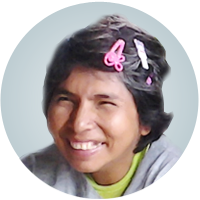