“Many thanks for putting a smile back again on my daughter” 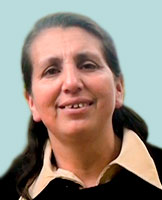 Maura Rubiela, forty eight years old and the mother of eight children, lives in Colombia next to her husband and had to confront harsh realities: Miryam, one of her very young daughters was born with a congenital malformation called a hare lip with a sunken palate. After 16 years and two surgeries in Nariño, the young lady underwent surgery free of charge at Hospital Luis Vernaza which belongs to la Junta de Beneficencia de Guayaquil.

Miryam was operated on twice in Colombia. The first time at 6 months of age and later at 4, nevertheless she had to undergo a third intervention in order to correct the entire malformation. Unfortunately the financial situation affecting Maura and her husband would not allow this.

"She always felt inhibited, refused to speak to anyone, felt bad, even though, we never made her feel that way, but unfortunately she feels that way. As her mother I hope, that she be just like all of us", commented Maura.

One day the family traveled to Ibarra to visit family members and it was then that one of them spoke to ;Maura about the Rostros Felices (happy faces) foundation and the free - of - charge surgeries performed on children and youngsters stricken with a hare lip-sunken palate condition.

She immediately went where the young lady was being appraised by doctor Jorge Palacios who broke out the good news: Myriam would be operated in Guayaquil at la Junta de Beneficencia Hospital Luis Vernaza.

"Once at the Hospital, doctors and nurses were just wonderful; it felt like family, at home. My daughter was operated on, everything is fine and she is very happy. Thank God they have given me tremendous help, all free of charge. Sometimes it gets lonely being by yourself somewhere else but here, thank God, we don´t feel that way, rather we feel the warmth of all those who have given us their support. I am very grateful to the Foundation and la Junta de Beneficencia for this huge project they conduct and will pray fervently for making my daughter´s dream come true, which is to smile again", she concluded. 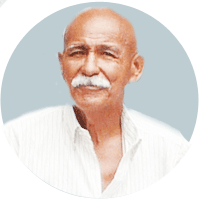