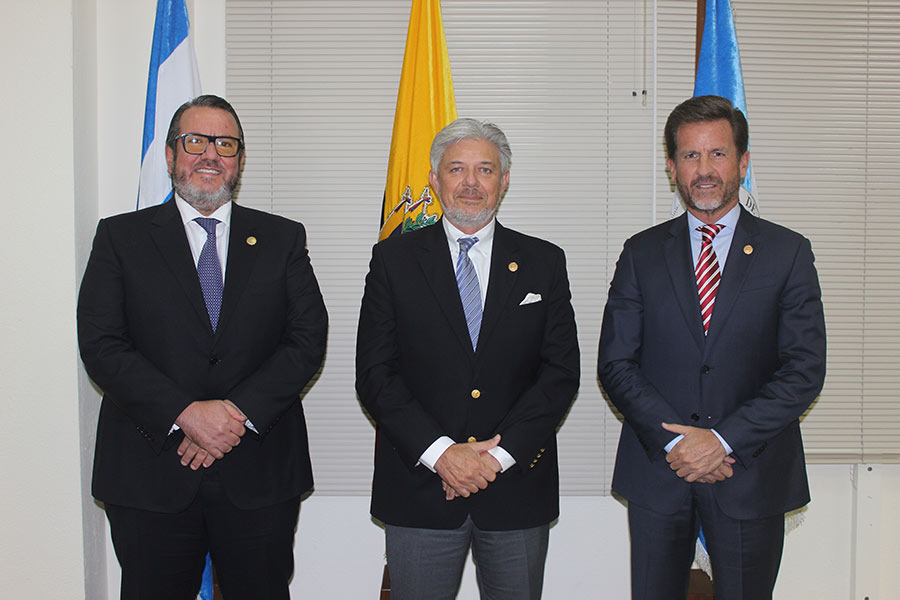 JBG’s former Director, Ernesto Noboa dismissed after six years of service. He did it in order to make way for a new board of directors to preside the organization.

Noboa began his first term in May 2014 and was re-elected several times. On July 28, 2020, the Members of the Board of Directors elected new authorities for the period 2020 - 2021, and elected Juan Xavier Cordovez as Director and Iván Baquerizo and José Enrique Ribas, as First and Second Vice- Director, respectively.

During his leadership, Noboa inaugurated the modern Alfredo G. Paulson Hospital, promoted and led changes focused on the modernization of the organization, implementing a new corporate governance model in charge of an Executive Director; as well as the modernization of systems, establishing a digital transformation program such as the implementation of SAP, a computer system that optimizes administrative and financial processes; in addition to promoting the new ISO 9001: 205 certification for some administrative, financial and human talent processes.

But Noboa also faced in this period one of the greatest crises in the history of JBG, mainly due to economic factors and political decisions that affected the Organization. Among them, the decrease in the referral of patients from the public sector to its hospitals, the non-payment of the debt of the Ecuadorian Social Security -IESS- and the Ministry of Health for care to patients affiliated and derived from previous years; and, recently faced the critical situation of a pandemic that generated the need of obtaining financial resources to meet the demanding health care of thousands of Ecuadorians affected by Covid- 19; and the resources to protect the safety of the staff of its hospitals that were in the first line of care.

Now, JBG will be under the direction of Juan Xavier Cordovez, a 63-year-old businessman, who has been a Member of Board of Directors since 2014. He has extensive experience in managing finances, the productive sector, real estate and exports. He has held important positions in the private sector, including the Financial Management of Holcim, the presidency of Gisis SA, Executive Vice- President of Expalsa; but also, in union sectors where he held the presidency of the National Chamber of Aquaculture and the Latin Association of Aquaculture, Founder and Member of the Board of Directors of the CENAIM ESPOL Foundation. He has also chaired non-profit organizations (NGOs) such as Fundación Natura, all important positions from where he has contributed to the development of the country.

Cordovez, along with Iván Baquerizo and José Ribas, and with renowned Guayaquil business leaders as well, take on the challenge of leading JBG, during a crisis that not only affects the Organization, but the whole country and the world in general.