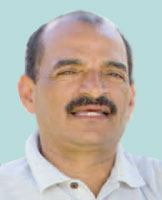 Forty-four year-old Julio Molina had a rough childhood. Family problems and bad friendships led him to a life of drugs and alcohol. Thanks to the Junta de Beneficencia he is attended to free of charge at the Addictive Behavior Unit (UCA) which belongs to the Neuro-Science Hospital. From early on Julio was estranged from his father. At thirteen he gravitated towards those in trouble with the law, who consumed drugs and alcohol all the time. He followed this bad example and has led a life of substance abuse for 23 years.

His situation worsened at the onset of trouble with the mother of his children. "I sought refuge in drugs to in some way, to repress my feelings. That way I began to consume marihuana and from then on crack cocaine", he commented.

After these problems Julio abandoned his children. This was not the only trying situation he endured.

He also found out he suffered from diabetes and withstood his father's deceasement. In his own words: "I would live to consume and I consumed to live".

Thirteen years ago Julio met his second wife Normita, who provided guidance and support to steer him away from bad company and, though he still consumed, it was less frequent.

"I was penniless and crying one day. My wife, alleging mistreatment, threatened to leave me. This was an incentive to pray intensly to God and beg him to remove me from that world of drugs. It was at that moment that God began to work through TC Television station and its featured program "friendly camera". They took an interest in my case, published it, and immediately someone from the Neurociencias Institute showed up."

Julio joined UCA, free of charge, on March 8th of 2013. Due to his perserverance he is now in charge of a therapy group and is, at the moment, in the second stage of treatment next to his wife.

"Thank God for the Neuroscience Institute and the Addictive Behavior Unit, through which I am undergoing that recovery I've sought for years.

I'm grateful to the Junta de Beneficencia for extending support when I needed it the most. I thank all the doctors for the fine treatment they all gave me.

I am recovering hope!"

“I found a home, food, protection and an education thanks to the scholarship I received” 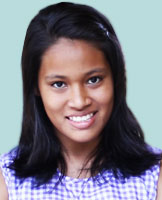