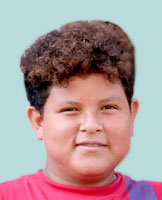 Johnny Luna, now 14 years old, was born with deformities on his fingers which compelled him to keep his hands in a semi-clenched fist. Thanks to attention received at the Roberto Gilbert Children's Hospital and the free-of-charge surgery performed on him at the Luis Vernaza Hospital he can, today, lead a normal life.

Graciela Perez, Johnny´s mother´s main concern was he could do nothing with his hands. Due to this deformity he struggled with several difficulties from childhood. He couldn't hold on to a glass, he would drop things and was unable to write well.

For those reasons Graciela took him to several hospitals and Health Centers where he underwent therapy since surgery was unaffordable for the family. "On one occasion I consulted a particular doctor and he told me corrective hand surgery would cost approximately 2 thousand dollars for each finger, something I would never be able to summon", she commented.

However, hope was regained when attending a plastic surgery appointment at the Roberto Gilbert Children's Hospital. The minor was examined there and consequently derived to the Luis Vernaza Hospital where the doctors proceeded to hospitalize the patient and prepare him for the initial surgery.

Gratefulness repleted the hearts of this humble family living in a densely populated area in Guayaquil when they found out La Junta de Beneficencia would assume evaluation and surgical costs.

Today, the young man has improved his quality of life and can perform daily chores without any problems. "I would submit my exams orally because it took me too long to write them out. Now, with the surgery, I can write faster and I have time to play ball with my buddies," says Johnny.

"I will always be grateful to La Junta de Beneficencia, its Luis Vernaza Hospital, the doctors and all those who are making it possible for my son to have normal hands", concluded Gabriela. 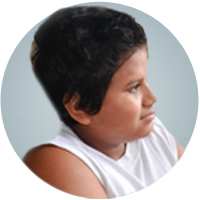