Didier Rivera is two months old and has a battle-proof heart. At birth he was diagnosed with “Fallot tetralogy”, a congenital cardiopathy which affects 2 out of every 10.000 just born, alive in the world. Even though it was a full length pregnancy, the weight was insufficient and he was very small.

At birth, in the city of Machala, he was derived to the Dr. Roberto Gilbert E. Children´s Hospital so Didier could be intervened. He had to grow and gain weight for which he was hospitalized under specific treatment until he reached 2.7 kilograms to surgically correct the obstruction which prevented blood from reaching the lung. His surgery lasted approximately 5 hours.

“My little one entered the operating room at a month and a half old. I was conscious of the difficulties that could arise and, though they were the worst hours of my life, crying from corner to corner without a family, I was confident in this Hospital´s excellent medical team which practically became my second home and I was, of course, clinging to the power of God”, expressed a sobbing Yudy Cristobal, Didier´s Mother.

Just as the surgery, the post operational situation was successful and Didier was able to go home where he will grow up free of complications and, even though at some point in his life, a valve must be placed in him, this will not prevent him from leading a normal life 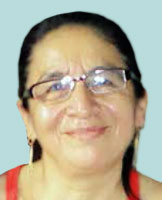