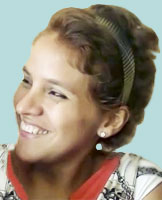 Maria Jesus Risco, of Peruvian nationality, has been living in Ecuador for over 10 years and been married for six. A year ago she received news that would change her life: she was pregnant with her first child and she had breast cancer. Thanks to the Junta de Beneficencia, her firstborn came out in fine health at the Enrique C. Sotomayor Maternity Hospital and her treatment continues, free of charge.

A year ago Maria Jesus was making plans with her husband anticipating arrival of their first son. It all worked out according to plan and she became pregnant. Life, however, had hard trials in store for them.

Lying in bed one day, Mary heard a newscast on T.V. regarding the "touch yourself" campaign carried on by Poly Ugarte against breast cancer and this caught her attention. She felt a strange little ball on her breast. After several tests, a mammography among them, her dire suspicions were confirmed. The tumor was malignant.

"I felt anguished and desperate as I sought, before anything else, God's help to remain steadfast knowing I was pregnant and not knowing if I would live to see my son's face or watch him grow up. I had mixed feeling of joy and sadness," as Mary recalled.

After approaching different hospitals, he was given several options, as to how to undergo chemotherapy given that the baby would not bear it.

Or else, continue for 9 months knowing the illness would progress. Mary was in need of a third option.

On the recommendation of her sister-in-law, this young mother decided to turn to the Enrique C. Sotomayor Hospital. There she found the alternative she finally selected. She was to have chemotheraphy starting the sixteenth week when the chemicals would no longer affect the baby.

"I feel happy and grateful to God, the Maternity Hospital and its doctors. They helped me give birth to my son. Lian is already 3 months old, he has undergone testing and is completely healthy... Thanks to the Junta de Beneficencia, given that through the Enrique Sotomayor Maternity Hospital they continue to help me with treatment expenses and all things related to my illness. I'm still waiting to undergo surgery, but they will not forsake me .... Keep supporting the Junta so they may continue to help poor people like myself.

May God bless you all," she concluded. 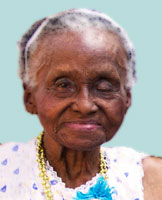